One of the first steps in exploration is to get to know the rocks in the field. Useful tools are a geologists hammer and a phone to take pictures and register GPS points.

LECTURE 1: AN INTRODUCTION TO MINERALS, ORE AND EXPLORATION

This first lecture covers basic geology and introduces terms such as minerals, mineralization and ore. It also introduces exploration, how it is done and why.

We use metals in most of our everyday items, such as phones, computers, cars, cutlery and infrastructure. Metals such as iron and copper are common and used in many things, while others such as rare earth elements or indium are less common. All metals have one thing in common – they are extracted from the ground. One rule is that “what can’t be grown, must be mined”.

Metals are extracted from minerals. Minerals are naturally occurring, inorganic, solid chemical compounds, which often forms crystals. A rock is composed of one or several minerals. While all rocks contain metals, not all rocks are considered valuable enough to mine. It is possible for rocks to contain so called mineralizations, which is a deposition of valuable minerals in a large quantity. These depositions occur due to various geological processes. If a mineralization can be mined with profit, considering all costs of mining and the value of the minerals on the market, it is called an ore.

Ore is rare in the crust. The geological formation processes are several and often complex, and no ore body is the same. Trying to find ore is called mineral exploration, or just exploration. Exploration is done in many steps, and often takes several years or even decades before an ore body can be defined and potentially mined. Few exploration projects lead to mining.

Exploration usually starts in the office, by reviewing an area of interest. A literature study is often made, trying to collect all the available data to get to know the area. Field work is then done to further increase the knowledge about the area by mapping the surface, as well as trying to find anomalies such as high metal contents in soils, water or rocks. After gathering enough information, and if the area is deemed interesting enough for investment, drilling can be done to find out more about the rocks. By drilling the exploration geologists can take out cores of rock from the ground, which can be examined in the search for valuable minerals.

Drilling continues until the project is deemed a failure and then abandoned, or until an ore body can be defined enough to start planning and starting the mine. The exploration project is dependent on if the mineralization can be deemed profitable, but also on permitting from a governmental institution. In most legislations, the company that wants to open a mine needs to show how the mine will impact the environment and how prevention and mitigation of these effects will be managed. This step is called an Environmental Impact Assessment (EIA). EIAs will be covered in lecture 3. 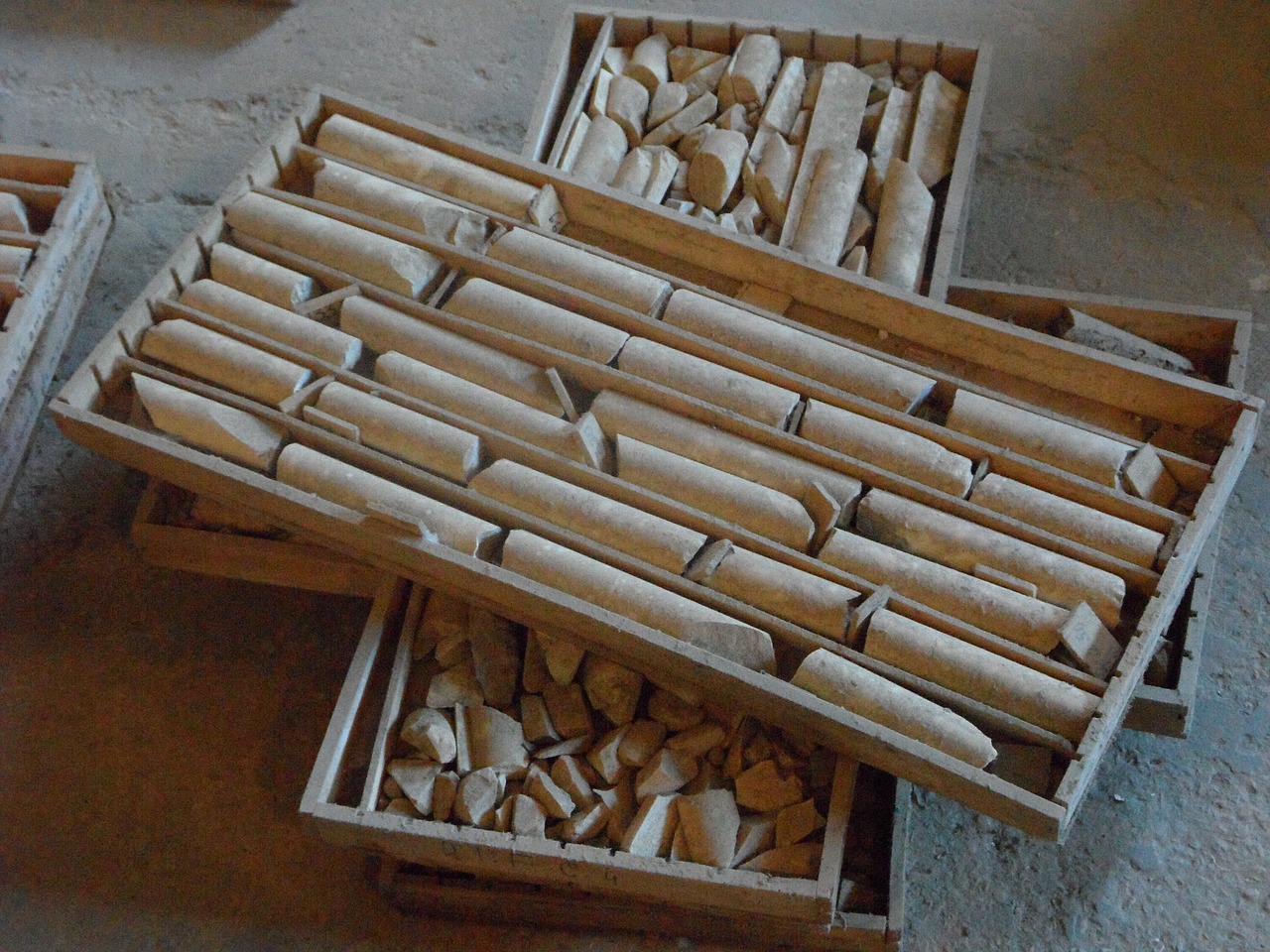 Cores of rock from drilling.

The economical outcome of the exploration project is dependent on many things. The grade of the ore, meaning the amount of valuable minerals (often given in percentage or similar), and the size of the ore body (often given in million tonnes), gives information on how much can be sold to the market. How much that is extracted and processes each year will impact the economical calculation. Many other things also impact the outcome, such as taxes in the country, infrastructure available (such as railroads etc.), available processing techniques for the ore, the price of the minerals on the market, average worker cost, distance to smelter or harbour and so on. The feasibility of the mine is explained in a feasibility study, often presented to investors by the company.

Starting a mining project impacts the local communities in many ways. As the ore body cannot be moved, the mine’s position will be predetermined by the location of the ore body. This means that, if a mine project is started and approved by all instances, local communities will be impacted in different ways. The social impacts from mining is discussed in lecture 6.

> Lecture 2: An introduction to mining