SGU has received additional funding from the Ministry of Enterprise to increase knowledge of geology in northern Sweden. The aim of the project is to gather modern geophysical and geological information from northern Sweden.

The Barents project started in 2012 and includes:

Airborne measurements within the Barents project

Helicopter -borne versatile time domain electromagnetic (VTEM) measurements were made in August 2013 by Geotech Airborne Ltd. Full tensor gravity measurements carried out from aircraft over the same area by Bell Geospace. Both measurements were done with 500 m line spacing over an area of 2088 km2.

A 74 km long seismic and AMT profile were made in the Kiruna area. 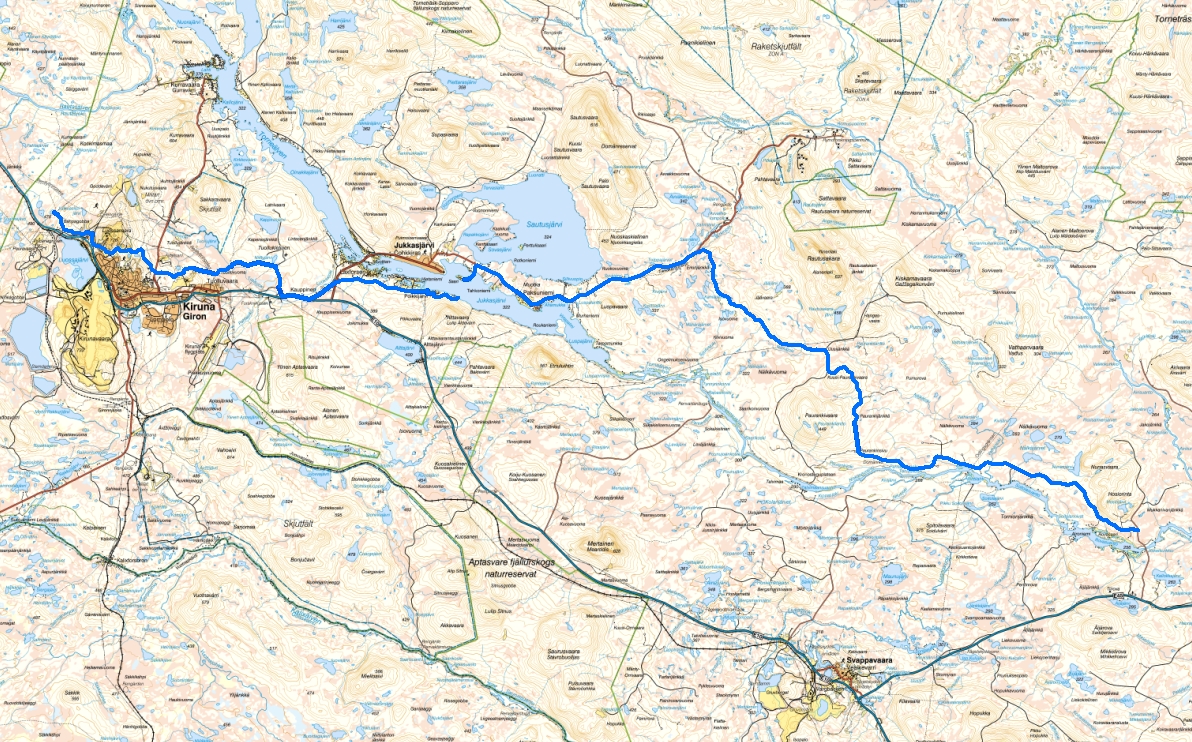 Location site for the seismic profile

15 key areas have been selected in northern Norrbotten with focus on supracrustal rocks in order to study the stratigraphy, structures, mineralizations, metamorphism and their geophysical properties. Reports can be found at Geolagret.

The aim is to gather modern geological and geophysical information in southern Norrbotten in order to deepen knowledge in an area there is a huge lack of modern information. The results will be compiled in a synthesis together with ongoing mapping projects in 1:50000 in the area. 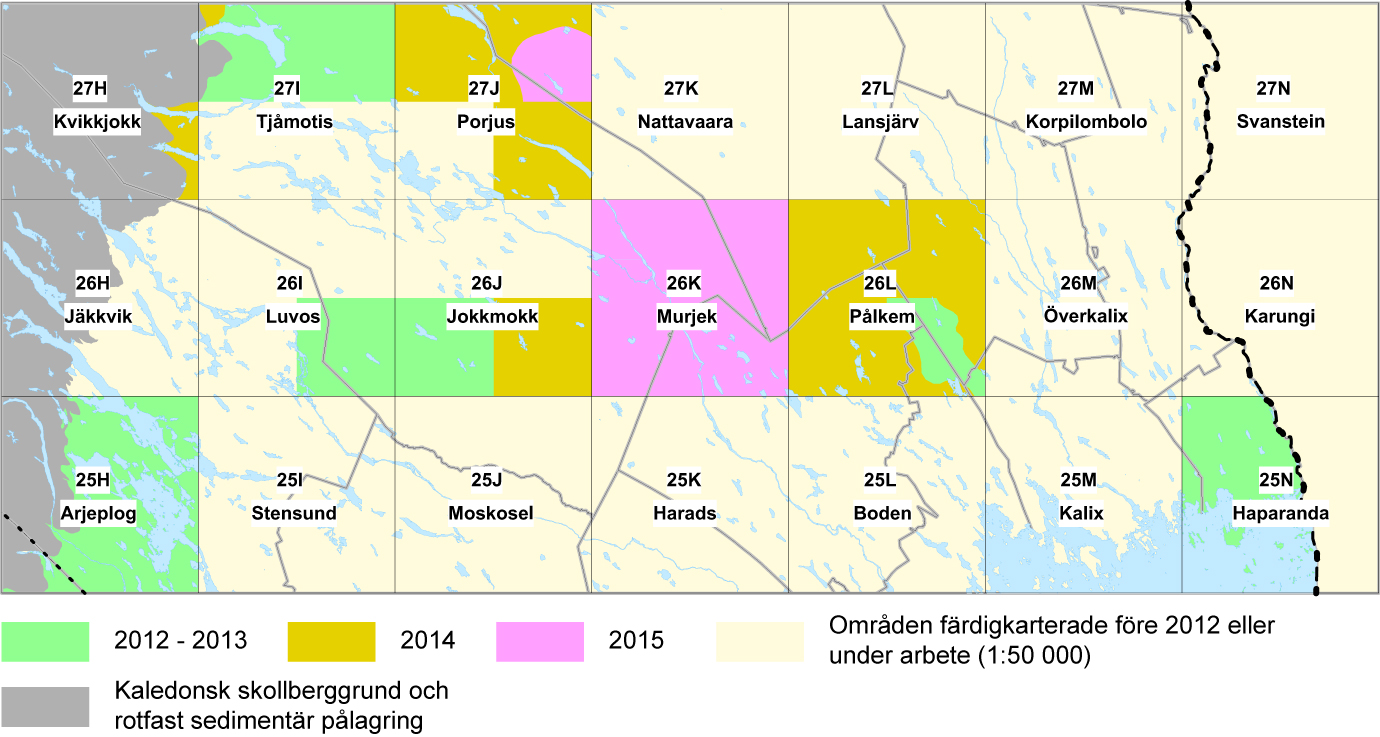 2400 samples collected from Norrbotten County during 2012 and 203. These results are stored in the SGU databases.

Download a map showing the 2400 collected samples. The yellow dots show the location of the new samples. Blue dots show till geochemistry analysis from earlier projects.

Publications on the geology in northern Sweden

SGU has published publications on the geology in northern Sweden. The strategic goal of the project was to provide the prospecting and mining industry with updated and comprehensive geological information to improve Sweden's competitiveness in the mineral industry. New and widely available geological information from the region in question can help exploration and mining companies reduce their risks and exploration costs, and thereby promote economic development. In addition, enhanced geological knowledge contributes to efficient, environmentally friendly and long-term sustainable use of resources.

Open the service GeoLagret in a new window.